As far as it is known, Homeopathy has been in Australia since the early 1850's and was brought here by practitioners who learnt their skills in England and other parts of the UK.  One of these early homeopathic doctors was John B Hickson who began practicing in the suburbs of Melbourne and later settled in the famous Collins St. He promoted this new trend in medicine in "The Argus" a leading Melbourne newspaper, and by 1870 had one of the largest medical practices in the colony.  At the same time Dr Thienette de Berigny arrived from France and started his fight for the recognition of Homeopathy through many articles in "The Age", a rival newspaper.  Both men were very successful and soon other doctors followed in their footsteps.

Robert Ray had originally come to Australia from Sussex in 1853 when he was 25 years old. In 1859 he went to London where he studied medicine and became a Licentiate of the Royal College of Physicians and a member of the Royal College of Surgeons. He was persuaded to come back to Australia be his brother who was practicing Homeopathy in the goldfields around Ballarat, and he opened his Collins Street consulting rooms in 1864. Unfortunately, Robert was accidentally killed in 1883 when thrown out of his "dog cart" near his home in Beaumaris.  He had sixteen children!

Dr J W Guenst, a Dutchman and graduate from the University of Leyden, came to Sydney in 1852 and opened the first "Hydropathic Institution" which also used thermotherapy.  In 1865 he also opened a "Hydropathic Institution" in Melbourne. An adventurer and interested in anything new and exciting, he was one of a group who visited New Caledonia in 1854 where his 9 companions were all captured and eaten by cannibals. After his rescue some months later, he sailed to Noumea and practiced medicine there before returning to NSW where he worked as a physician, as well as giving numerous lectures on the cultivation of arrowroot. Later, on a journey to Holland he stopped in Mauritus and used his medical skills to help victims of a Cholera outbreak. From Mauritius he went often to Madagascar to study the "life of the primitives and ceremonies of primitive potentates." He was, in fact, nominated and appointed Imperial Commissioner of England and France to explore northern Madagascar and take take possession of that land in accordance with treaty between the Radama 11 and Imperial Commission.  In Paris he was rewarded for his work with the Cross of the Legion of Honour. Then he visited London before finally returning to Melbourne.

We know that Dr Guenst was a homeopathic physician because he had difficulties in "converting the Mauritius doctors to Homeopathy" and in Australia he became on of the most passionate exponents of this discipline. From 1870 on he published "The Homeopathic Progress in Australia".  He was very active in founding the first homeopathic dispensary in Melbourne and he was also an honoury member of the board of management. Guenst died in 1894, aged 69, one of the most distinguished members of the homeopathic fraternity of that era.

These early Homeopaths could only practice because of their access to a supply of Homeopathic medicines from the Homeopathics pharmacist "Edward G Gould & Son" (formerly "Kidner and Gould") located at 90 Collins Street. The firm became "Gould & Martin with the addition of R.H. Martin and in 1882 they were joined by Charles Pleasance, who eventually became the sole proprietor of the firm under the name of "Martin & Pleasance."  Charles Pleasance, one of the most distinguished Homeopathic pharmacists, devoted his experience-rich life to Homeopathy.

The early Homeopathic physicians used to meet at the rooms of Gould & Martin to discuss the possibility of opening a Homeopathic dispensary in Melbourne.  On 30 October 1869 they met with a group of influential lay friends of Homeopathy, including some of Melbourne's leading business men, one of the prominent members of that group was the Dean of Melbourne, the Very Reverand Hussey Burgh Macartney.  This meeting decided to open a dispensary, which would utilise the relatively new therapy of Homeopathy to care for the medical needs of the poor peoples of Melbourne.  The group acted promptly - they leased a house at 153 Collins Street East and advertised in the daily newspapers, posted placards on suburban railway stations and opened subscription lists in order to raise funds.  Only 3 weeks later, on 22 November 1869, the Melbourne Homeopathic dispensary was opened. At the same time doctors were appointed as honorary medical officers, and a secretary and treasurer were added. It was a very humble beginnings but the results were magnificent for such a simple outlet.  It was open 3 days a week from 9:00 am - 10:00 am. From 10-15 patients a day in the early days, it soon jumped to 95. In 1875 there were 695 individual patients with 5672 consultations.

Before the Melbourne Homeopathic Dispensary opened, there had been one operating in Geelong between 1863 and 1869, and one opened in Ballarat in 1873, but it appears to have closed in 1876. These dispensaries played a major role in caring for the sick because the major hospitals were overcrowded, but like every institution depending on public contributions, they had perpetual financial worries.

The other problem was a secured 'supply' of homeopathic doctors. There were a few from England, as previously mentioned, the other source was America.  However, when American doctors came to Australia, they discovered that they could not register under the British Medical Association rules and had to practice on the "black". Many could not stand that and returned after a year or two to America, where they were fully recognised. The registration problem was due to the fact that American medical schools and colleges has a curriculum of only 4 years, while the English had a 5 year course, and Melbourne conformed to the English rule, making it almost impossible for anyone registered outside the British realm to practice medicine in Australia.  Later, this rule was altered, but, even so, news of the earlier rule had circled the globe and it was very hard to 'lure' any homeopathic doctors to the colony.  Under these circumstances the Melbourne Homeopathic Hospital's board of management had a continuous struggle with the Medical board.

Ever since 1924 allopathic doctors had been allowed to practice at Homeopathic Hospital in Melbourne, bringing with them their allopathic skills and subversion.  "Innovations" at the hospital centered not on homeopathic needs but on those of allopathy which could not accept a hospital without x-rays, pathological labs and all the gimmicks of so-called "modern medicine".

The final result of these difficulties was the closure of the homeopathic hospital in 1934; shortly afterwards it was converted into the Private Henry Hospital by decree from his majesty, King George V.  However, despite the demise of the Homeopathic hospital, homeopaths have continued to practice in private, free from the financial troubles of public institutions.

There were the Teague brothers, and J. Emery Gould, who graduated from Edinburgh University in 1872 and was appointed honorary physician to the Melbourne Homeopathic Dispensary in 1873.  In 1880 a graduate of Melbourne University, Dr Alexander Murray, was appointed as the honorary surgeon at the Homeopathic Hospital and after that practiced privately in Prahran as a surgeon and homeopathic practitioner.

In October 1885 Dr Wilbur Knobble Bourton arrived from the Boston University School of Homeopathic Medicine, Massachusetts.  He was a very active energetic man, ambitious and industrious.  He worked hard for his degree, coming from a poor background and starting in mechanical engineering before switching over to Homeopathy.  He was Resident Medical Officer at the Melbourne Homeopathic Hospital in 1885 and from 1891 until his death he was Surgeon in charge.  All his patients were treated with potencies from 30 upwards after surgery and, as far as is known, he never indulged in any other medicine.  He had a huge and flourishing practice in Collins Street and was widely respected for his skill and activity.  In 1894 he was elected to the board, and in 1909 he became vice-president of the Hospital, and president in 1918.

Dr Janet Cooper, a Nova Scotian, arrived in Melbourne in 1917.  The "Yankee Girl" as she was affectionately known was quite a sensation at the Melbourne Homeopathic Hospital, being the first female doctor. (Sydney had rejected 2 applications from female doctors and so Melbourne had the first one).  She was a very vivacious, active and humane doctor and was appreciated for her skills as an anesthetist.  She became a member of the honorary medical staff at the hospital from 1921 until 1948 and was awarded an OBE for welfare work.  In 1958 Dr Cooper was elected the first female mayor of the city of South Melbourne, which gives an idea of the calibre of the Melbourne Homeopathic Hospitals' practitioners.  She married and had two daughters, one of whom is a medical practitioner.

After the 2nd World War the situation of Homeopathy was very poor indeed.  Only Dr Hart and Cooper were alive from the old staff of the hospital and homeopathy was widely practiced by lay-practitioners of whom Fritz Koch, Cyril Flower and R Porter were the most prominent.  Without their support for Homeopathy, it is doubtful that we would have had any Homeopathic practitioners in Melbourne at all.

In 1949 Dr Joseph von Moger arrived from Germany and tried to revive Homeopathy in Melbourne.

The same problems that existed nearly 100 years ago have been experienced by the newer generation of homeopathic doctors. Those trained in Europe have had difficulty in getting registered, many leaving Australia.  But as time and circumstances demanded more practitioners here, new amendments have been made to the Medical Act and many Europeans have now been able to register and practice.

In recent years the upsurge of "modern drugs" with their detrimental consequences has started to turn patients away from allopathic treatments to those that are more natural and side effect free. The future is starting to look brighter for Homeopaths who are slowly but surely finding that practicing in Australia is a much more rewarding experience. 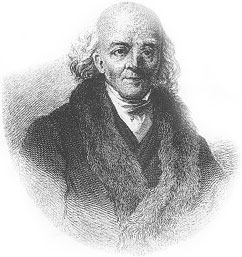 You can make an appointment in person, at the Clinic,
or simply call us or e-mail.